Bryan/College Station, TX – March 5, 2020 - After finishing a successful season in the USL League 2 Mid-South division, the Cavalry are bringing in a Brazos Valley local and Texas A&M Aggie as their new head coach in their fourth season of USL League 2 play. Coach Gareth Glick was introduced by the Cavalry this morning at their press conference sponsored by College Station Mercedes. Glick brings a wealth of coaching experience to the Cavalry having spent multiple seasons at the youth and high school levels and is currently with the United States Olympic Development Program (ODP).

When asked about the new hire, Uri Geva, owner of the Brazos Valley Cavalry, said “Hiring Coach Glick was an easy decision for us. He understands our mission of trying to develop and grow the sport of soccer in the Brazos Valley community. This season, more than ever, the Cavalry are all about being local- and nothing more local than having an Aggie lead our program.”

Graduating from Texas A&M in 2003 and completing his Masters in ‘05, Gareth Glick became Willis High School head coach racking up three District Coach of the Year titles, five playoff appearances, and two district championships - all in the span of seven seasons. Remaining in the Conroe areas, Glick took over the Oak Ridge High School soccer program in 2013 which had been suffering from a playoff drought dating back to ’04. During his six-year tenure, Glick took the War Eagles to three consecutive playoff appearances.

Attending Texas A&M and spending the past twelve years of his professional career in South Texas, Coach Glick remains in the region and returns home to the Brazos Valley community as the Cavalry Head Coach. Get ready to welcome Coach Glick and theCavalry back to Travis Field on Friday May 22 nd as they host Texas United at 7:30!

Zane Barnes enters his second season as an Assistant Coach for the Brazos Valley Cavalry. He is currently the Head Men’s and Women’s Head Soccer Coach at Northeast Texas Community College in Mount Pleasant, Texas. He holds a USSF B license along with a NSCAA Goalkeeper 1, 2, and 3 coaching badges. Barnes is also currently a head coach in the South Texas ODP boys program. He had a college coaching stop at East Texas Baptist University from 2013-2015 while also having coaching stints at Atascocita HighSchool, Pine Tree High School, and Willis High School. During those years he was a club coach for DallasTexans, FC Dallas, and Challenge Soccer Club. In total, he has been a full-time coach since 2010 after a successful playing career at ETBU where he was a four-year starter in goal for the Tigers. Barnes is excited to join the staff with Head Coach Gareth Glick and looks forward to continuing the growth of the Cavalry. 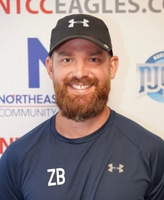 David is a licensed and certified goalkeeper coach. He holds a USSF D license as well as a certification as a goalkeeper coach from the Universidad Anahuac Mexico. David has dedicated his experience and knowledge to lead and develop youth goalkeepers in the El Paso-Juarez region through his US CARP Goalkeeping School. During his 8 years as goalkeeper coach, David has helped youth goalkeepers position themselves in colleges and professional soccer teams in the U.S. and Mexico. David joined the U.S. Youth Soccer organization in 2016 to be part of the Olympic Development Program (ODP) staff. Since 2016, David has collaborated in the ODP program to bring training and educational sessions for youth goalkeepers at the local, state and regional level for ODP and has coached goalkeepers from across the South Region in those events. 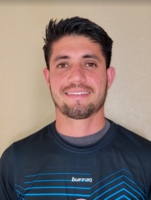 A native of London, England, Coach Pierce joins the Cavalry with a wealth of experience. Prior to coaching, Pierce’s playing career saw him compete in both England professionally and in the United States collegiately, where he picked up an NCCAA national title while competing in both the NAIA and NCAA. Pierce went on to coach 3 years at Grand Canyon University's club sports program, helping take the program to its first national tournament appearance before moving to Texas to help steer the previous NAIA national champions, Wayland Baptist, to the playoffs with a strong winning record. Pierce currently holds the position of Assistant Coach and Analyst and has a strong reputation for his attention to detail and his performance analysis breakdowns. Pierce currently holds a PFSA Level 2 in Opposition analysis and is working on his USSF licenses. 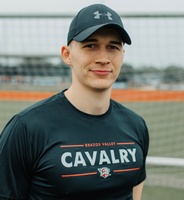